The odds on Cillian Murphy to become the next James Bond have been slashed overnight.

Daniel Craig is set to make his fifth and final appearance as 007 in the upcoming Bond movie, rumoured to be called Shatterhand.

The last we heard, Idris Elba was the hot favourite to take over from Daniel Craig, but those rumours seem to have faded as another Irish star has emerged as a possibility.

Yep, our very Cillian Murphy has been tipped to take over the prestigious role according to The Irish Post. 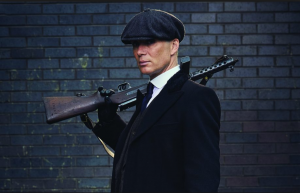 Bewtay's Alan Alger told The Irish Post that, “He’s stood as a quietly fancied 7/1 shot over the past few months but his odds have more than halved this morning and is now no bigger than 100/30.

Only current market leaders Richard Madden and Tom Hiddleston, both 2/1, are higher up the pecking order.”

It's also worth mentioning that just over a year ago he was an outside shot at 125/1.

In the meantime, we'll see Murphy in the new series of Peaky Blinders very soon, as Season 5 recently wrapped filming.

These are the new movies coming to Irish cinemas this weekend