Cork teenager Allie Sherlock has caught the attention of Justin Bieber himself.

14-year-old Allie Sherlock got a huge boost on social media yesterday in the form of a shoutout from Mr Justin Bieber himself.

A regular busker on the streets of Dublin, her social media is filled with videos of her renditions of popular songs.

Uploading a short clip of herself singing to her Instagram stories, Allie can be seen playing the guitar and performing the JB tune Intentions.

And it seems that her latest cover has gotten her quite a bit of attention as the Biebs reposted the clip to his own Instagram story - bosting a whopping 127 million followers of his own, there are sure to be more than a few new Allie Sherlock fans after that. 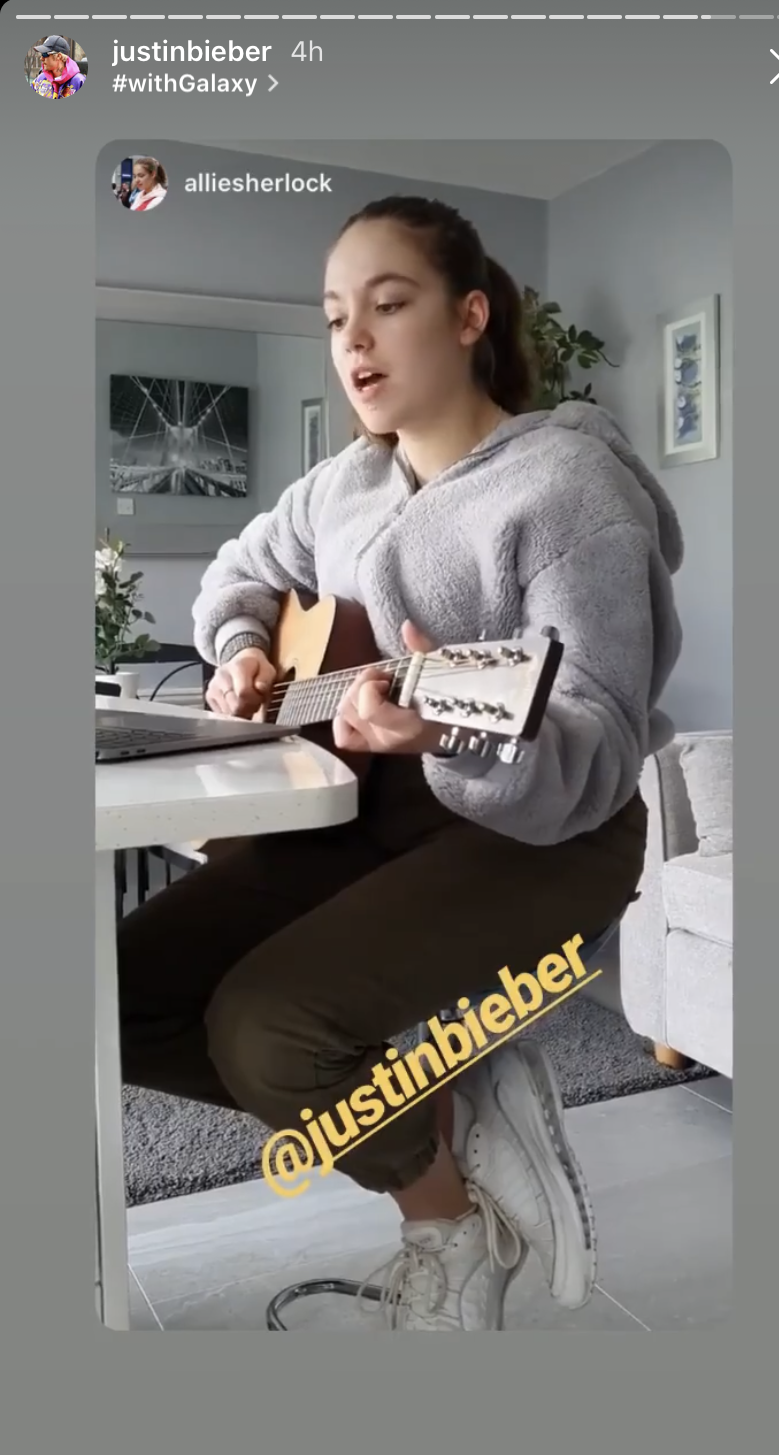 Allie responded by saying: "Omg this is so cool... love you and love this song". 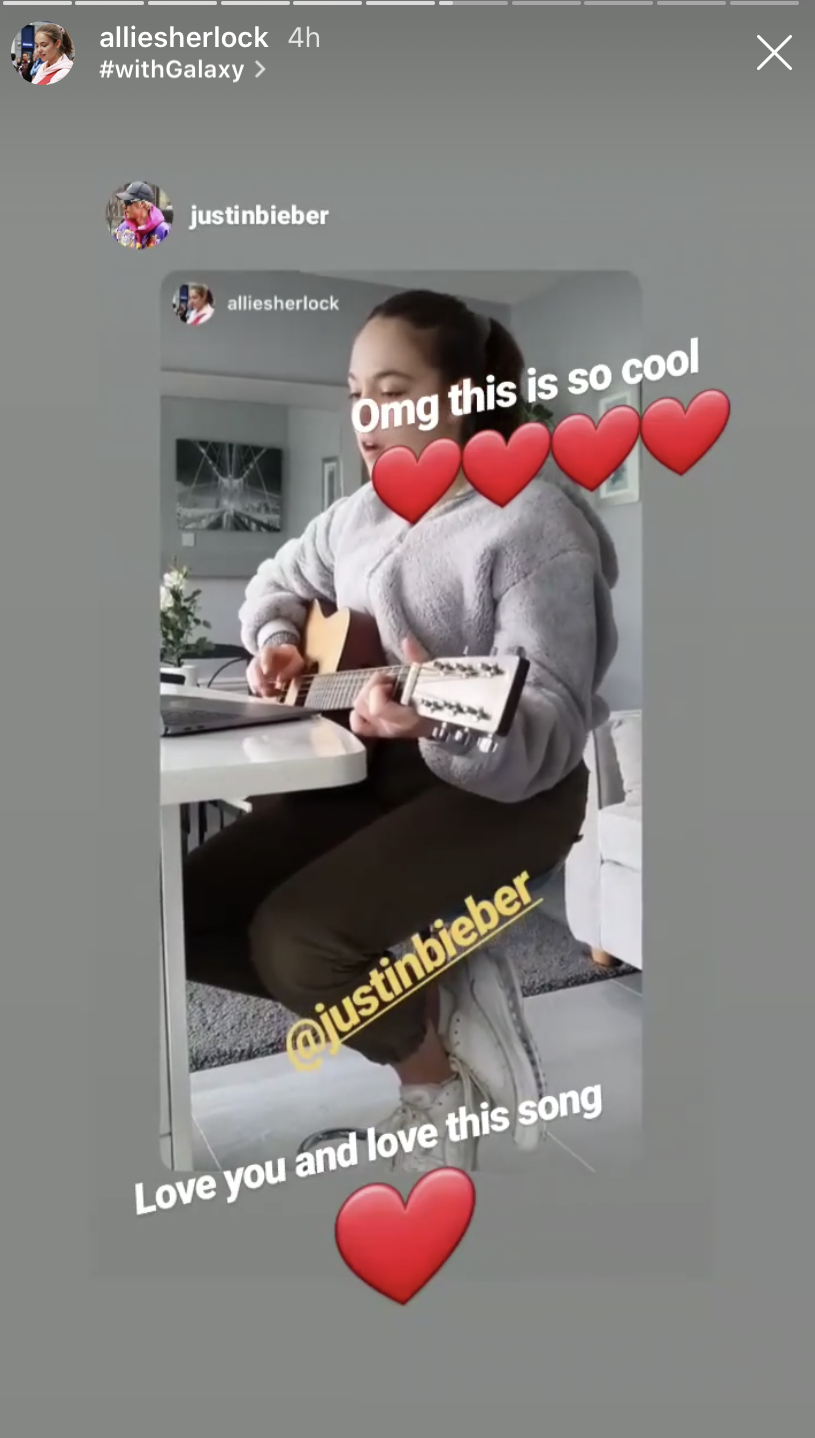 Originally from Douglas in Cork, Allie shot to fame back in 2017 when a video of her busking on Grafton Street went viral. A clip of her singing Ed Sheeran's Supermarket Flowers was posted online, eventually landing her a spot on the hugely popular Ellen Show with Ellen DeGeneres.

Other famous faces who count themselves amongst her fans include the likes of Ryan Tedder from OneRepublic who previously invited the singer to Los Angeles to collaborate.

Not to mention Joe Jonas who also gave the young star a shoutout on Instagram when he shared a video of Allie performing Enrique Iglesias' song Hero on Grafton Street.

Currently signed to a five-year record deal with Ryan Tedder, you can keep up to date with all things Allie Sherlock and see more of her previous covers here. We predict great things.

READ NEXT: Ireland’s best breakfast has been named