As you check your phone for the 500th time today, spare a thought for those lived to tell the tale of life without mobile communication.

It might be hard to believe for the whippersnappers out there but there was a time when the most efficient way of getting in touch with people was calling from a landline or a phone box, or even (God forbid) writing a letter.

If you don't believe us, RTÉ has released archive footage of a news report on the launch of the Eircell mobile telephone system. Taking place in 1985, the clip shows Minister for Communications Jim Mitchell making the inaugural phone call to reporter Pat Kenny who looks a lot more fresh-faced than we're used to seeing him.

Not content with talking about the revolutionary new technology, Mitchell quizzes his Pat about his Best Dressed Man Of The Year prize which he had recently won. Pat was well able for the cheeky quip though, replying "Well it’s quite simple really minister, in RTÉ we can dress for half price because we only have to dress from the waist up." 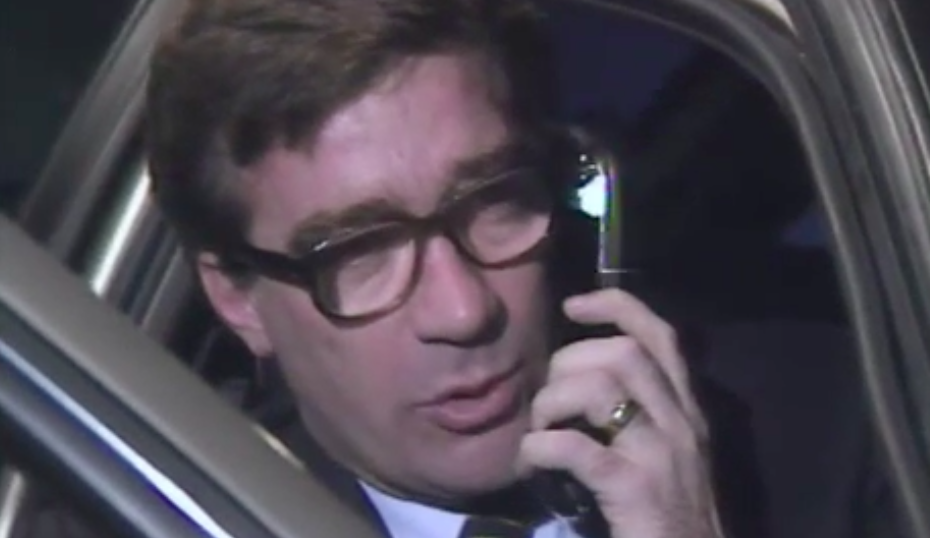 The pair then go on to discuss the benefits of the mobile system before Telecom Éireann director Chris Lowe adds that he sees it being of use to "businessmen, sales representatives, in the medical field or just for anyone on the move, needing to be contactable."

They probably didn't foresee our mobiles being used to take photos of our dinner or for arguing with strangers on the other side of the world but here we are. You can have a look at the full retrospective clip here.

Gardaí restrict access to Glendalough due to traffic volumes